Welcome to my blog. I occasionally share what inspires me on here, I hope it will inspire you too.

Have a Blissful Birthday, breathtaking @catherinezetajones! Thank you for being an inspiration! 💕

Looking to the future... ✨ https://www.instagram.com/p/CT72mtYqm_E/?utm_medium=twitter

Suddenly on your path...What would you do?

Marilyn Monroe fascinated the world with her child-like, vibrant, glamorous spirit. Overcoming a childhood of abuse, abandonment and lack, she went on to embody the ultimate sex symbol. A timeless icon who continues to inspire to this day. Falling in love with the image she carefully crafted, the world neglected her human aspects and she was objectified as well as misunderstood her whole life. We may never know the real Marilyn yet the purity and ingenuity of her spirit continue to shine. The myth she created is an inspiration to Artists all over the world.

Norma Jean Baker spent her Californian childhood in orphanages and foster homes due to her abusive schizophrenic mother and absent father. Recalling her childhood, she would later say, she never felt like she belonged anywhere. In search of freedom, at 16 she married James Dougherty, her next door neighbour. Discovered by a photographer while working for a munitions company, she was launched into a modeling career and divorced her husband in 1946 to reclaim her full freedom in pursuit of her dream. Once under contract with Paramount Pictures, Norma Jean changed her name to “Marilyn Monroe”. 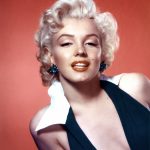 “I used to think as I looked out on the Hollywood night — there must be thousands of girls sitting alone like me, dreaming of becoming a movie star. But I'm not going to worry about them. I'm dreaming the hardest.”

Marilyn’s rise to fame is a Cinderella story people have fallen in love with time and time again. The girl that felt like she didn’t belong had within her a powerful determination to reach the top and become an icon. She set out to conquer her dreams and remained loyal to her vision despite all the setsbacks, mistreatment and heartbreak she encountered along the way. Those who met her would later speak of the Light she carried inside her and the boundless hope which made her appear childlike and enchanting. 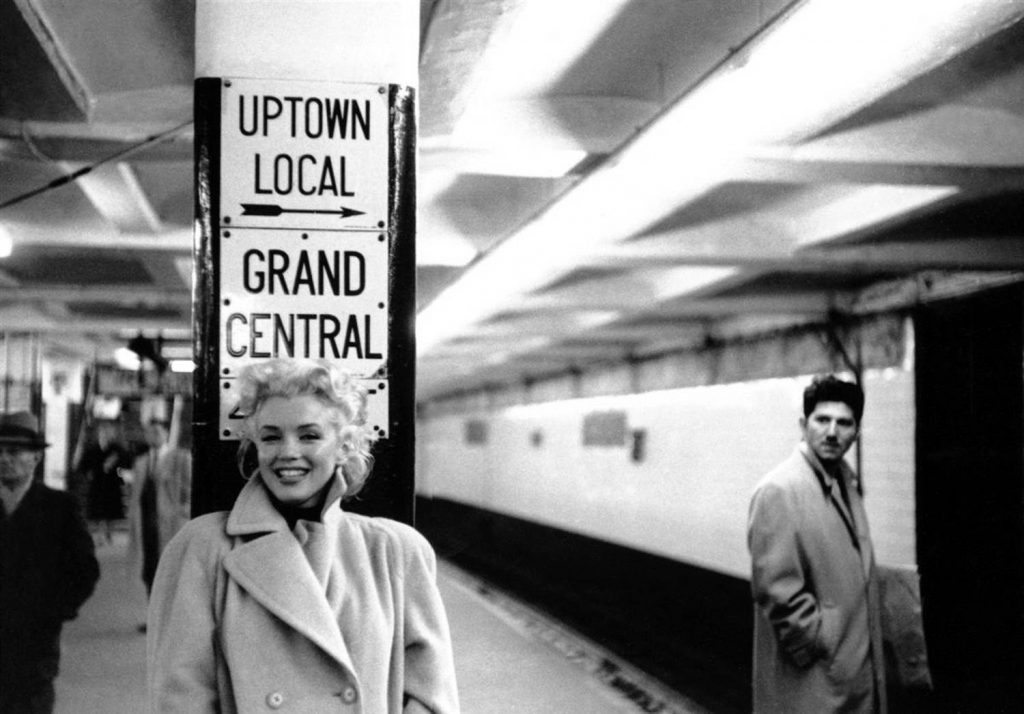 Considered one of the most charismatic human beings to grace the planet, Marilyn’s Charisma was incredibly enthralling. Photographers, directors, co-stars as well as fans would describe her in ways that made her seem surreal, as if she belonged to another Universe. The aura of charisma also brought out the worst in people, as some tended to debase her and project their own lurid thoughts unto her. “I’ve never fooled anyone. I’ve let people fool themselves. They didn’t bother to find out who and what I was. Instead they would invent a character for me. I wouldn’t argue with them. They were obviously loving somebody I wasn’t.” she famously stated.

Her “raw animal magnetism” (Gentlemen Prefer Blondes) allowed her to sky rocket to fame. Intriguingly, Marilyn was fully aware of the effect she created and had the ability to turn it off and on as desired. In 1955, she walked down into the New York City Terminal accompanied by a reporter and anonymously boarded the subway. No one recognized her until she emerged and decided turn on her magic. Shortly after, time stopped and the crowd was fully enthralled by the Star they now recognized. Marilyn’s magnetic aura was something she created consciously and it allowed her to project herself into the subsconscious mind of those around her. Her starpower was amplified by her unwavering belief in her dreams as well as disciplined study and application of all the factors that added up to the ideal image she projected.

Emerging as one of Hollywood’s most iconic sex symbols, Marilyn Monroe went from small movie parts to headlining Niagara, a film noir where she played a breathtaking femme fatale. A movie that was shocking for those times, as it featured Marilyn wearing nothing but a towel and generally being langurous in many scenes. This greatly empowered her sex symbol status. Her “ditzy blonde” comedic persona would emerge later in iconic movies like “Gentlemen Prefer Blondes”, “How to Marry a Millionaire”, “The Seven Year Itch”. While her Beauty and Sex appeal had made her world famous, the critical acclaim she desired as an Actress came with the movie “Bus Stop“(1956). For the role of “Cherie”, Marilyn was nominated for a Golden Globe Award for Best Actress in a Motion Picture – Drama and earned high praise for her performance. In 1958, the blonde bombshell starred in one of the greatest comedies of all time, Billy Wilder’s “Some Like It Hot”. This time, her iconic portrayal of “Sugar” earned her the Golden Globe Award.

Due to her tumultous childhood, throughout her life Marilyn felt like she did not belong, she struggled with depression and addiction. The people she chose around her seemed to be unable to grasp the depths of her pain as well as her need for true love. She was often objectified and this increased her belief of being unworthy as well as her abandonment trauma, leading her down a destructive path that ultimately brought about her tragic end. In the hopes of finding the Love she craved her whole life, Marilyn first married baseball superstar Joe Di Maggio and then Arthur Miller, author she deeply respected. Her marriages ended up in heartbreaking divorce that further shattered her fragile self-image, as both men were unable to comprehend her essence. In 1962, the world mourned her loss as Marilyn was found dead from overdose in her Los Angeles home. She was only 36 and utterly alone.

People often overlook the fact that Marilyn studied everything about the actresses of her time, the science of movement, acting and charisma in order to create an ultimately iconic image. She created a character the world fell in love with and achieved her intent. Details were never left to chance as Marilyn coordinated everything with her beloved make-up artist Whitey to create the perfect face. Her entire image was tailored to the principles of attractiveness and charisma and there was a genius to the way she executed everything she learned.  It seems Marilyn Monroe created an everlasting brand. Her career moves were carefully considered as she rose to the top. She created a character that become an internationally iconic and remains so to this day. Despite popular belief, Marilyn was no dummy, she was a self made woman who continues to outshine all those who tried to dim her light throughout her life.

Marilyn Monroe was ahead of her time. She paved the way for Women with her bold, feminine approach and the respect she courageously demanded during a time when women were supposed to be obedient housewives. Creating a life according to her vision, she became a groundbreaking artist and an influencer in every way. Aside from her artistic contributions, she advocated equal rights for black people and spoke up about political issues as well as played a key part in advancing ideas about sexuality and femininity. Her iconic roles and appearances have greatly influenced Women and Stars of the world long after her death so much so that, to this day, magazine and fashion pictorials still try to recreate the irresistible, timeless glamour she exuded.

Marilyn exuded a surreal magnetism that beautifully haunts those who got to meet her and still enchants those who come into contact with her Art.

Anamaria Maier is an Actress, Model, Marketing & Communications Consultant based in Rome. Trained as an Actor in Bucharest and Rome, she is constantly enriching her empathy to create empowering characters.